The Stedman Gallery is pleased to present the exhibition From the Digital Toolbox curated by Andrea Kirsh and showcasing the work of Nancy Burson, Shuli Sadé, Tim Portlock and Siebren Versteeg, painters who now work with digital media.

Nancy Burson collaborated with both make-up and software experts in the 1970’s to fulfill her interest in expressing the human aging process. In 1981, Burson and M.I.T. engineer Tom Schneider patented The Method and Apparatus for Producing an Image of a Person’s Face at a Different Age, which employs a triangular grid technique to digitally morph images and blend pictures flawlessly. Burson’s ties to traditional media are evident in her two children’s books, You Can Draw the Way You Feel (2012) and You Can Draw Love (2014), both of which can be downloaded. Burson lives and works in New York City. Her art has been shown internationally, most recently at New York University’s Grey Art Gallery in 2012, and at the Millennium Dome in London. 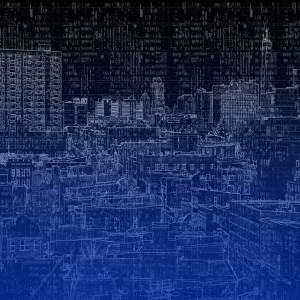 For the last 23 years, Shuli Sadé has focused on photography, often in conjunction with handwork. Sadé has worked with neurologists to incorporate concepts of memory into her art, which is apparent in her photography of New York City, comparing the grid system of the city with the design of the human brain. Using Adobe Photoshop, Sadé plays with pixels in her photos to highlight how the brain processes memory. Metro Data (2014), a video, and Code Breaker (2015), a wall installation, both exemplify this layering style. Sadé is a New York City resident with a studio in Jersey City, NJ. Sadé has exhibited her work throughout the U.S. and Israel, with solo exhibitions at the Brattleboro Museum in Vermont and at Columbia University, New York City; her work is a part of museum collections in both countries. 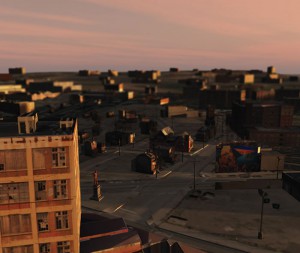 Tim Portlock uses 3-D technology and gaming software to create digital prints. Since moving to Philadelphia in 2007, he has focused on depicting the city, which is highlighted in Ghost City (2011). In the Ghost City series, Portlock digitally illustrates the stark difference between the lively city center and the bleak, neglected areas of Philadelphia. Portlock’s accuracy and precision result in representations so realistic they are sometimes taken for digitally enhanced photography. Portlock has exhibited both nationally and internationally at venues including Ars Electronica, Linz, Austria; Philadelphia’s Institute of Contemporary Art; and the Tate Modern, London, UK. 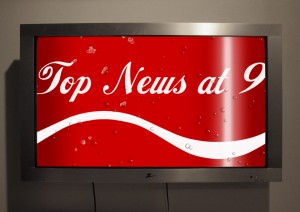 Siebren Versteeg is both a sculptor and video artist. In Light; of Everything (2010) is comprised of a computer hooked up to an LED touch screen which shows a constantly shifting collection of digital images. Versteeg also creates paintings by a unique process that first uses an algorithm to come up with different combinations of color and paint application, which Versteeg then reflects on, and from which he chooses a final digital picture that will be printed onto canvas and resembles a painting. Versteeg lives and works in Brooklyn. He has exhibited at the Rhode Island School of Design Museum; Boston’s Art Institute; and other museums throughout the United States.