Graphic novels are book-length illustrated narratives produced by a myriad of contemporary author-artists. In January 2014, Rutgers-Camden’s Stedman Gallery becomes a haven for artists displaying comix versions of their life stories through a marriage of drawings to text. Also featured are artists with sensibilities kindred to the graphic novelists but working in other mediums including sculpture, painting, mixed media, and video. Transgressing societal conventions, these artists tell of horrific childhoods, mental illness, sexual exploration, family history, wild adventures, unconventional friends, and alter egos. Guest curator Cheryl Harper selected original drawings from the graphic novels and complementary works in other media by artists who reveal their innermost demons.

This exhibition includes graphic novelists who were contemporaries of early underground comix artists Robert Crumb and Art Spiegelman. Today Justin Green, Julie Doucet, and Carol Tyler are not as well known but back in the early 1970s and 80s these artists were trailblazers in the counterculture community. Justin Green’s graphic novel, Binky Brown Meets the Holy Virgin Mary inspired Spiegelman to produce his genre shattering Holocaust memoir, Maus. A rare presentation of original drawings from Green’s stream of consciousness confessional about his Obsessive Compulsive Disorder closely aligned to his Catholic education will be on display.  Presented as an amusing coming of age tale, today’s viewer recognizes Binky’s (Justin’s) OCD but at the time it was written, Green’s book was considered blasphemy, something a “good Catholic” would never read let alone create.

Québécois artist Julie Doucet was associated with the Seattle underground group but has also worked in Berlin, Paris, and New York. Her raunchy comix earned her the respect as an equal among the male dominated constituency. Rutgers-Camden will include some of her early comix. Doucet settled in Quebec, left the comix world and now concentrates on collages, hand-printed books, and animated video shorts that will be displayed.

Carol Tyler contributed to the feminist comix Twisted Sister but today she is celebrated for her recent multi-volume graphic novel about her exploration of her father’s repressed memories as a WWII “G.I. Joe.” Her other autobiographical visual stories incorporate her marriages, spotty job history, and uphill efforts to function as a mother, wife, and child.

Unusual personal histories are revealed through original drawings for books created by artists David Small, Ellen Forney, John “Derf” Backderf and Gilad Seliktar. In Stitches, David Small’s 1950s aspiring upper-middle class family unravels when his well-intentioned radiologist father over-radiated him causing juvenile thyroid cancer, his accidental discovery of the relationship between his mother and her female lover and a dementia-addled grandmother who put his well-being at serious risk. Forney’s Marbles: Mania, Depression, Michelangelo, and Me brings a unique perspective to bi-polar disorder. Through her drawings and text, she brings the viewer up close to her hair-raising manias and bottomless depressions, medications and talk therapy. Her drawings and journals will be in the form of an installation. Seliktar, an Israeli artist, gleaned material from her idealistic upbringing in a kibbutz and contradictory experiences and emotions during her required military service. 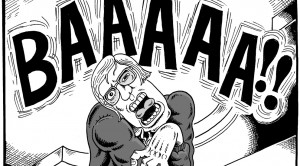 John “Derf” Backderf’s drawings are from My Friend Dahmer, a first person account of his oddball Cleveland area high school friend, Jeffrey Dahmer, who became a high profile serial killer. Through Derf’s drawings as well as in other work,  “Derf” gives the viewer reason to ruminate upon the childhoods of other Cleveland serial rapists and killers such as Michael Madison and Anthony Sewell and sexual predator-kidnapper Ariele Castro.

Peter Kuper, Lance Tooks, and Sandy Jimenez have worked together on Kuper and Seth Tobocman’s World War 3 Illustrated politically charged journal. Kuper’s autobiographical graphic narratives are self-obsessed tales of youthful sexual exploration. Known for his 20-year stewardship of “Spy vs. Spy” in Mad Magazine, he publishes travel sketchbooks, most recently Oaxaca. Tooks is celebrated for his lovely female alter ego, Narcissus, a self-reliant black woman who mystically disappears in the ocean near Spain’s enchanting Alhambra. Jimenez is a first generation American of Dominican Republic heritage and grew up in the Bronx badlands. His narratives speak to the dichotomy between his indigent neighborhood and his scholarship years at a privileged private high school and top-tier college education.

Artists working in other media include sculptors Melissa Stern and Mark Newport.  Stern’s Talking Cure consists of 12 ceramic sculptures with comix sensibilities. Each is enhanced by audios by 12 New York writers and read by 12 New York actors. The results are compelling and amusing confessional rants. Newport’s alter egos appear in the form of 8-foot long hand-knit superhero costumes that hang like skins. The Stedman Gallery will feature his less familiar characters including Argyleman, Sweaterman, and Y-man.  A video of his super-powered knitting accompanies the costumes.

Painters and printmakers include Arpita Singh, Hiro Sakaguchi, and Marcus Benavides. Singh is a mature Indian artist whose works on paper reference her male dominated society with subtle images and text that imply violence. Philaldelphia-based Sakaguchi’s pastel-colored landscape paintings recall his post nuclear 1960s childhood in Japan with sci-fi monsters and spaceships. Benavides recently settled in Philadelphia from Wisconsin. His large-scale black and white woodcuts reference the style of R. Crumb but suggest the saintliness of street people and are a counterpoint to Justin Green’s response to Catholicism.

“Compulsive Narratives: Stories that MUST be Told” will run from January 16-April 26, 2014. at Rutgers-Camden Center for the Arts Stedman Gallery in Camden, New Jersey.  The reception date and related programs will be announced.  The project will include speakers and a film series related to graphic novels such as “Ghost World” and “Crumb.” A catalog will accompany the exhibition.  This exhibition and programs are made possible in part by funds from the New Jersey State Council on the Arts, the Consulate General of Israel to the Mid-Atlantic Region and Rutgers, The State University of New Jersey. Updates, directions and hours are found at: https://rcca.camden.rutgers.edu/